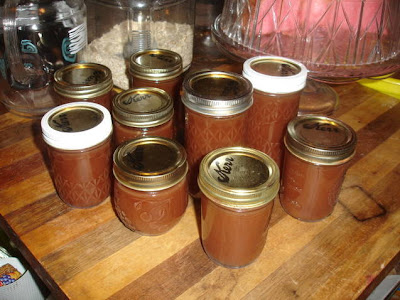 Mix this together in a roaster and bake at 350 degrees, stirring occasionally for 3 - 4 hours or till as thick as you like. Can the jelly jars in a water bath for 15 minutes. Perfect for toast on a chilly fall morning!

Below is a picture of some of my pumpkin harvest and squash. No great pumpkin this year. 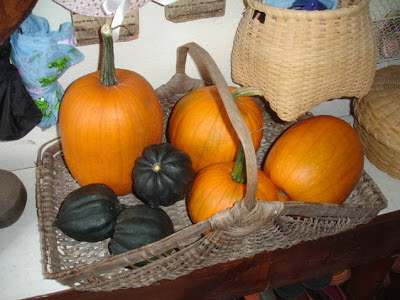 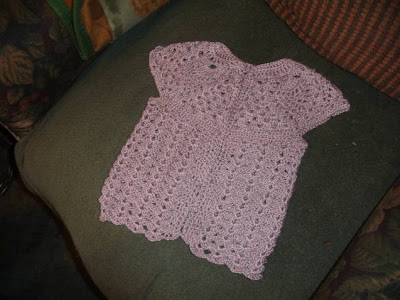 I was helping a friend work through a pattern from Mary Maxim. I made one for my granddaughter Mckenzie to learn the pattern to better help my friend through her project. I used yarn from my stash, it's 100% silk and was originally $3.27 an ounce but I got it for next to nothing at an auction house.
Posted by Becky at 4:26 PM 1 comment: 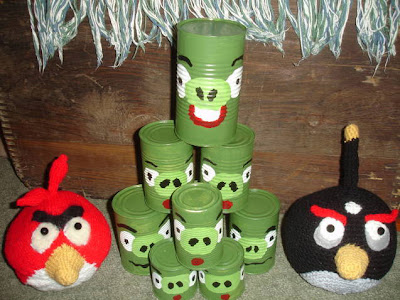 I made these for my grandson Riley for Christmas because he's absolutely crazy about Angry Birds. I knit the red one first before I found out he liked the black one best, so now he gets a pair of them! Then while browsing the internet I found that someone had painted cans for their kids to knock over with their angry birds plush toys. The only thing I had to make sure to do was use the safety can opener so there weren't any sharp edges. 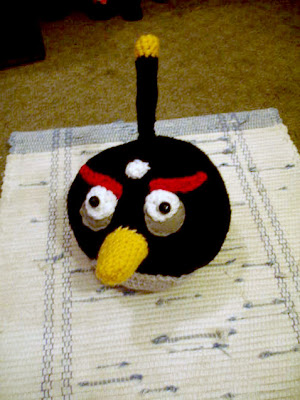 I could only find a crochet pattern for the black angry bird, thought it would go faster.... no way. The pattern can be found here. 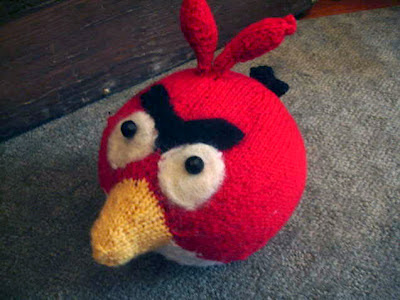 Both of them ended up being rather time consuming for this grandma, but well worth it in the end. I didn't like how the eyes turned out on the red so I needle felted them instead. I got the pattern for the red bird here. 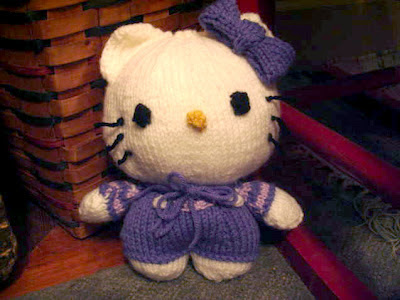 The girls are getting Hello Kitties in their favorite colors. They turned out adorable, looks like an invasion though.... 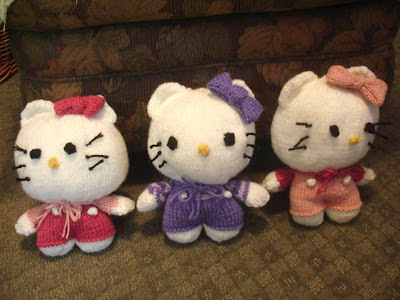 And because I'm making the girls tutus for Christmas to go with a dvd, I thought they would like matching tutus for their Hello Kitties as well. 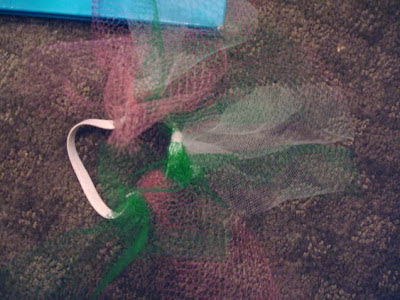 I wrapped the elastic around a book so that it was easier to half hitch the strips of netting onto elastic (you can also use ribbon instead of an elastic band). 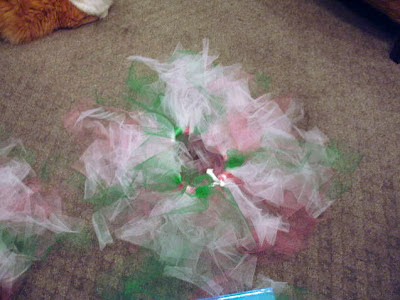 I used whatever scrap netting I had on hand. And while I like the different pretty green, pink and white colors, I'll be glad when my living room is no longer a tutu making factory. 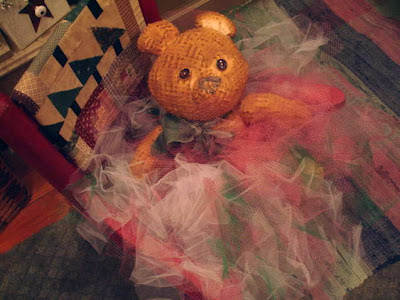