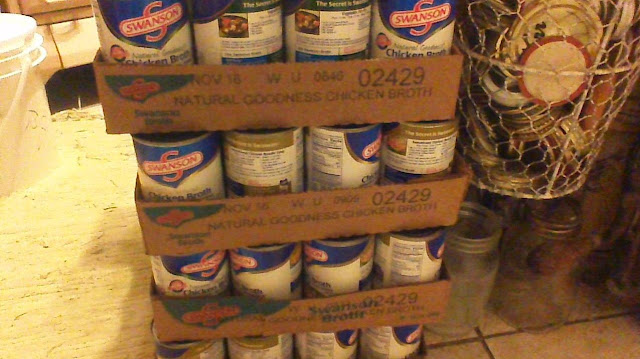 "Start now to create a plan if you don’t already have one, or update your present plan. Watch for best buys that will fit into your year’s supply. We are not in a situation that requires panic buying, but we do need to be careful in purchasing and rotating the storage that we’re putting away. The instability in the world today makes it imperative that we take heed of the counsel and prepare for the future." (L. Tom Perry)

Make a plan for sure. What if we all went back in lockdown again, would you be ready??

I saw the W.H.O. say, "there is not a country on earth that is out of the woods. We have to be very diligent.”

At the time of this writing it is the Fourth of July weekend. People will be all over my little town. The noise alone is going to be awful… the carnival has been setting up all week across the street and I mean literally across the street.

We’re still in drought conditions, there’s not enough rain and the grass is still crunchy.

We have been getting a few zucchini, yum! Our favorite way to have them is to melt a couple tablespoons of butter in a frying pan, wash the zucchini and cut in coins (in other words slice), then put in the pan with garlic salt and dehydrated onions and a bit of pepper. Cook till tender (just starting to get brown) and top with a little shredded cheddar cheese. Serve when cheese is melted… so yummy!

Of course, ask me if I am tired of it at the end of the season as we have three healthy big plants...

There are so many things going on all the time, one disaster after another, that it would be prudent to have a storage that you use and replace and add to.

I have seen people get let’s say a case built up of green beans. So they use them and don't replace or add to it and then it is gone and they have to start over and this is not good. You must replace and add to it until you have enough, then just use and replace as you go but make sure you’re always rotating.

Then I have seen where people get storage in and never use it, saving it for ???? Then when they do need it, it’s no longer any good.

You can apply the three pigs story to this. So we all need to be like the wise pig.

With so many things happening now we need to step it up - especially to be of help to others.

Food isn't all we need for storage… we need toilet paper, medical items for first-aid and health, items for home maintenance, etc. Take time to ponder what you might need. 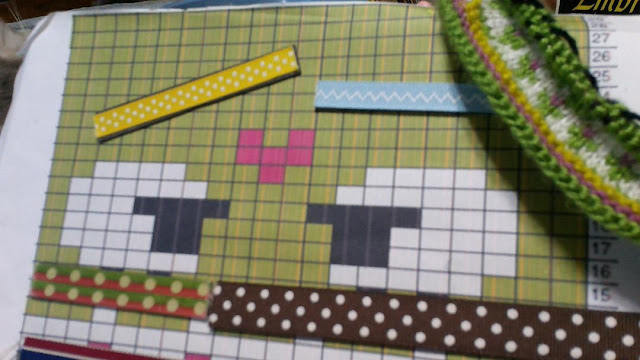 This week I have been making a sheep dress for the sheep I made. Doing color work is part of bettering that skill. Note the bunny wanted in the pic, I made her a couple years ago. 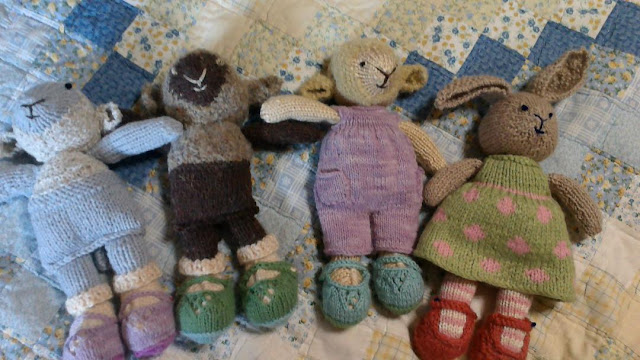 Did you notice the little jumper I got done (which was not an easy thing)? I took the bottom from one pattern and top from another pattern and worked them up. When I got it done, I wished I had done a few more rows. So in the middle of the body I took it apart, separating it in the after-thought heel way... 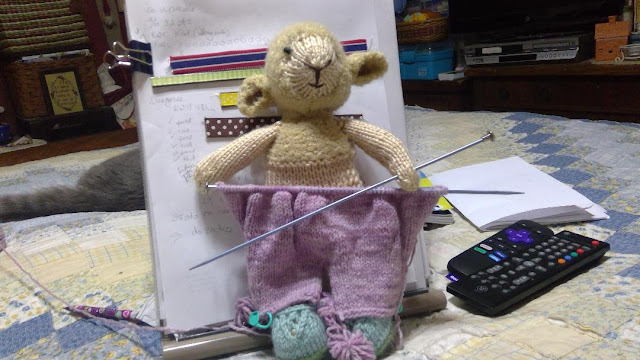 https://www.youtube.com/watch?v=616gmtAYWLU - this is the method I do when making socks on the sock machine. 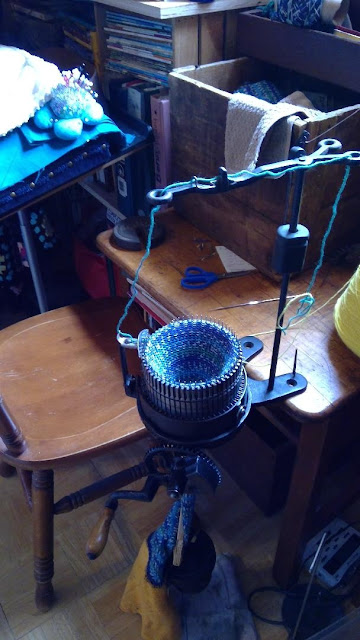 Only instead of a heel, I totally separated the top from the bottom, added the rows (I think I did six rows, I kept notes), then I put them back together using the kitchener stitch. This really was a skill builder.

Building skills this way on small things is faster than learning on human size clothing. 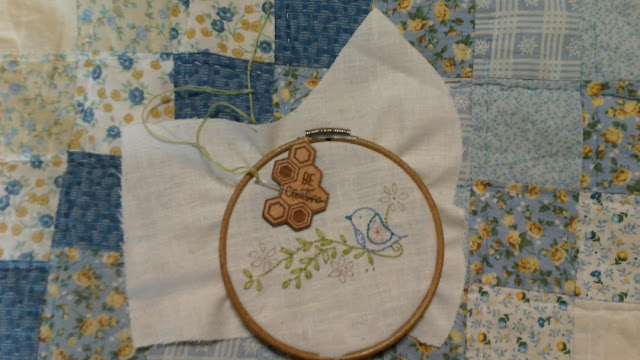 I have another mask underway as well.

Even though it’s been a busy week getting medical appointments out of the way (just regular ones) and getting the groceries - which at the beginning of the month, I do the month-long one then just fresh things later in the month. So that really eats up time and energy but doing it this way saves money. And, of course, hamburger being on sale because of the holiday meant getting it which is in ten pound tubes. I got two as there was a limit of two, then I repackaged them for the freezer. It costs more to have them sell it in smaller packages even though it wears me out to repackage them, plus it’s a hated job. But I stretch the budget by doing it this way.

I know I work hard to stretch the budget but every little thing helps. How have you stretched your budget this week?

How are you coming along with skill building?? 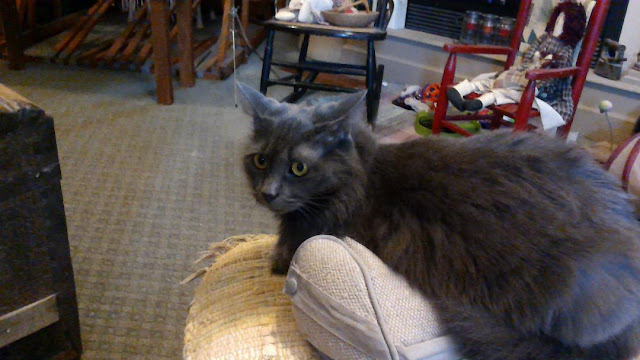 Missy decided to take over the stand for the tablet, no doubt looking for the mouse she heard goes with computers... haven't the heart to tell her it is a touch screen, no mouse needed. 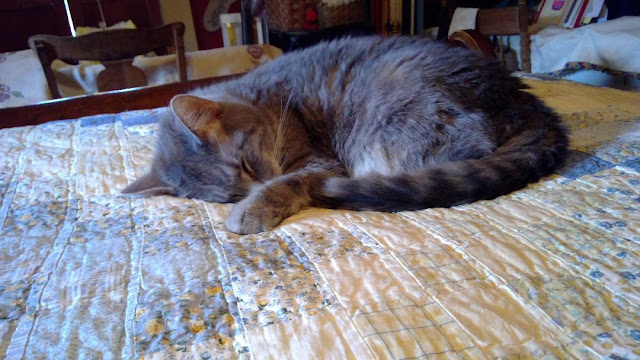 Gus says he is in nap mode but if awake he would say for us all to stay safe, it ain't over till it's over. Also, have a great week and find nap times wherever and as often as you can.