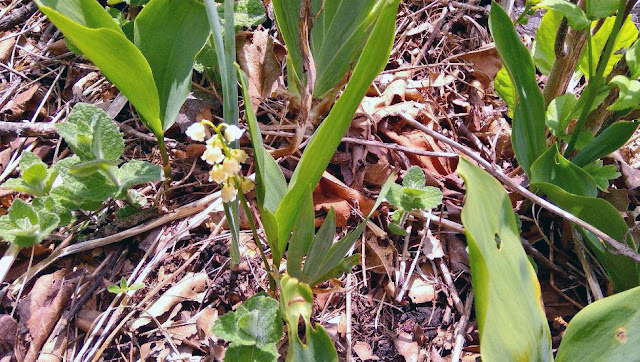 "We can begin ever so modestly. We can begin with a one week’s food supply and gradually build it to a month, and then to three months. I am speaking now of food to cover basic needs. . .I fear that so many feel that a long-term food supply is so far beyond their reach that they make no effort at all. . .Begin in a small way, … and gradually build toward a reasonable objective." (President Gordon B. Hinckley)

This is so wise. Have you ever asked a child to clean their room and they just get flustered as to what to start with? Grown ups face this too. But choose one spot to clean and move to the next.

Food storage is overwhelming if you think of it all at once but if you start small, one week's worth is doable so attack it that way.

https://www.thekitchn.com/how-to-start-a-food-storage-on-138765 - has some basic beginning help.

https://www.classyclutter.net/build-your-food-storage-for-as-little-as-5-a-week-plus-a-free-printable-list/ - I think this has a good way to break it down however prices are a bit higher now.

https://frugallivingontheranch.com/2017/05/10/food-storage-on-a-tight-budget/ - she has good info and so does the site, she refers to 201 ways to save money.

One way I have saved money this week was that I planted a garden. 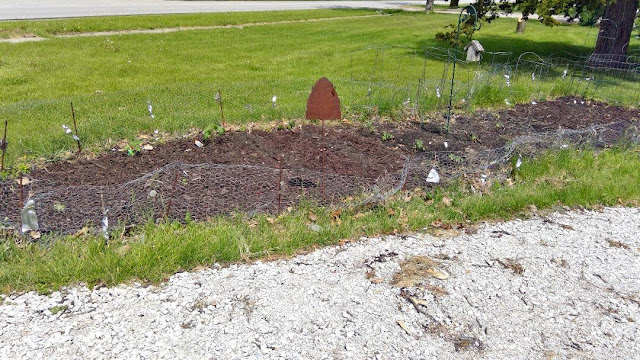 I worked so hard three days ago and I still hurt from it but it will save us money in the long run.

I had a disposable pan that I cut up and tied with wax string to the fence. If you look closely, they make noises and catch the light to keep furry thieves out of the garden. Also, I went a step further and had been saving my hair from the hair brush for a bit and I tucked it here and there around the fence line. We will see if it works.

I cut some cardstock in half to fold, making blank cards. 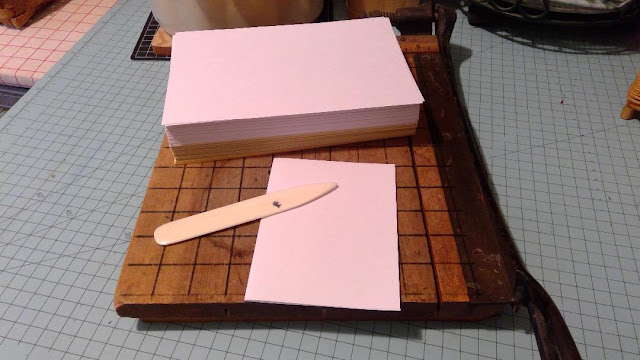 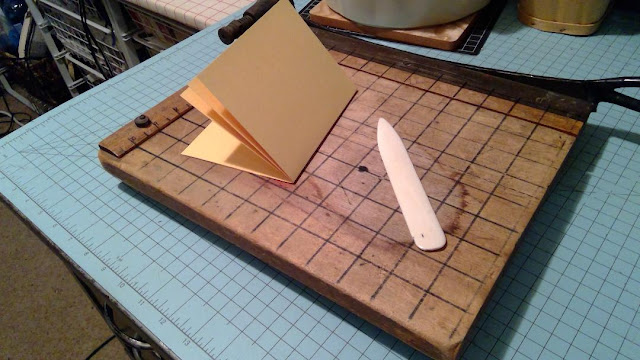 This way I have the card blank ready to make up cards when I need them. This also saves money and I can make them more personal.

The garden took several days to finish up so not much else got done however... 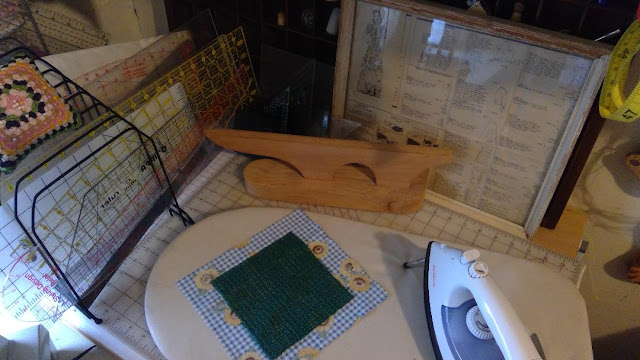 I was able to get a small sewing project tended. These are gifts. They are my favorite kitchen helper. It is getting harder and harder for me to open jars. These are jar openers. Yes, this is so helpful that I wanted to make them for a few friends. This is a frugal gift. 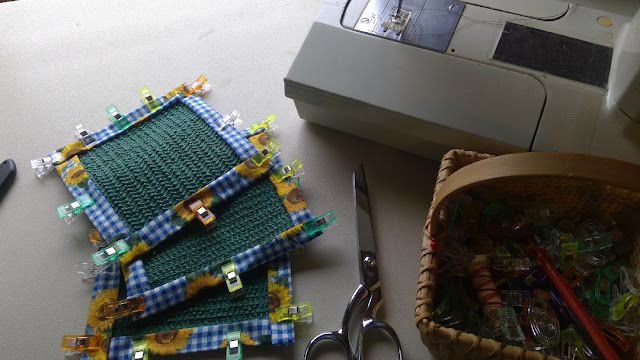 That is what I did this week. What did you do? 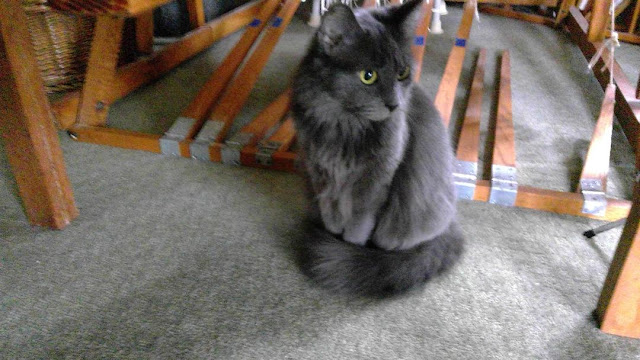 On Saturdays at noon they test the tornado sirens in town. That is what was going on as I wrote this. Missy says, “Oh my goodness! Practice going to a safe location.” In this case she is under the weaving bench. 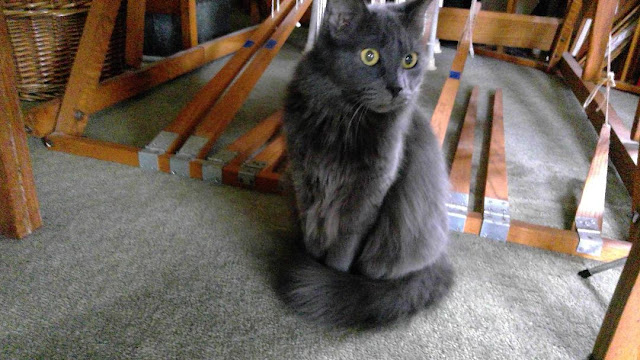 We should have a plan for storms and in case of fires, an evacuation plan or a tornado safe place. Work together so everyone knows the plan.

In our case I have picked up information along the way. Like once I read about the suggestion of having a crowbar in the basement which is where we go in a tornado. We also have bike helmets, suggested by our weatherman. We also watch the weather. We also know what it feels like in tornado weather. I have shoes in the basement for both of us cause if windows break you don't want to be barefoot.

I remember a story about a street conference type thing going on in Salt Lake City. They had tents set up along a street and people from all over were there. When they suddenly got a weather alert for a tornado warning. People who live there were also not used to having tornadoes. People were shouting to take cover. A man from California was there and hearing this he ran out into the street. He said a man from the Midwest, he guessed, grabbed him and took him to a safe place.  The fella who ran to the street said he was used to earthquakes and you run into the street. Not what you do in a tornado. 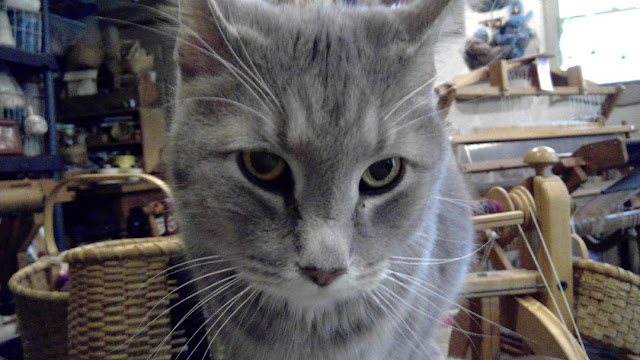 Gus says learn what things you need to do in your neck of the woods.