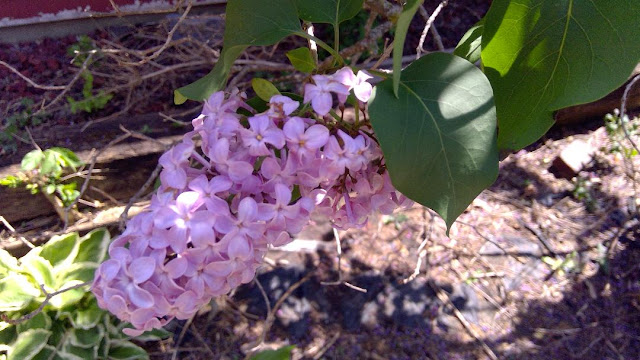 "The counsel to have a year’s supply of basic food, clothing, and commodities was given fifty years ago and has been repeated many times since. Every father and mother are the family’s storekeepers. They should store whatever their own family would like to have in the case of an emergency … [and] God will sustain us through our trials." (James E. Faust)

Only you know what your family would like to have in case of an emergency. Take time to ponder that. Perhaps make a list and each trip you make put a few things from that list on your grocery list, it will add to your storage. 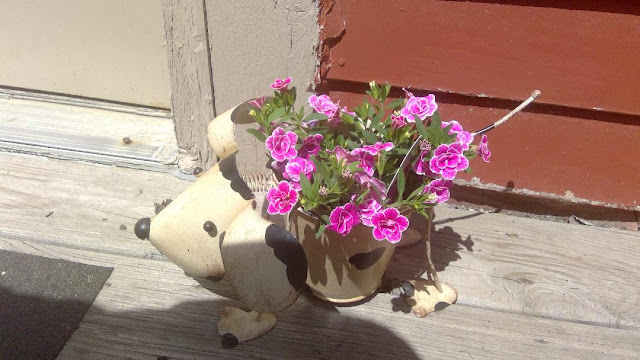 Spring is here, says Spot the dog. I thought I would put a flowering plant in this dog planter I got from a yard sale years ago. It makes me smile every time I see it.

This week I had the spring cleaning bug. I went through closets and drawers, switching winter clothes for summer clothes. So that is tended and looks great besides.

The plants are growing and very soon will go live in the garden.

I have done some yard clean up and planted the pots on the old stove with peach colored geraniums. I want something pretty for my neighbor to look at while she does her dishes.

I did a little weaving and spinning but spent the most time on the spring clean up and organizing.

We seem to have wind every day which hurts me so. We usually have our rainy month in April but this year we have had very little of it in April, I am hoping that isn't a prediction of our summer to come.

For the next two weeks I won't have to work as hard and can rest up for garden planting. I did move the tubs I use to container garden in because the sun there was good, with so many of our trees gone I have moved them to another area. Spot, the flower dog, thought it was a great idea too.

Last year on May Day our new neighbors two houses away gave us a wrapped roll of toilet paper (remember it was in short supply then) and a paper basket of candy. We found the toilet paper still wrapped but a chipmunk tore open the candy and ate it then left the wrappers behind. I am sure that was one wired chipmunk, too funny. The neighbors have two young boys so this year I made a grungy treasure map that would lead them to a treasure. I rolled it and put it in their screen door. The treasure hunt would eventually lead them to a "crows nest" aka their swing set, it has a raised area where they can decide what direction to go like down a rock wall or to slide down. The treasure was a big box of Fruit Loops, fun but not too bad for them. I hope they had fun.

I used to do treasure hunts with my kids. I have mentioned before about the dress up box and the grandkids, we would dress up and go on a safari to find the stuffed animals. A bishop stopped by while we were in costume, it was a bit embarrassing but fun was had.

So as summer approaches and kids will be done with their studies, plan some fun. It doesn't have to cost money to create memories.

In the morning when I get up I go in to open the curtain in the sewing room and Gus and Missy know that means we all look out the window. Well on this day we were looking out and saw a father walking his daughter to get her safely across the busy street, then she skipped on her way to school which is a straight shot after that past our house. I have missed the kids going pass on their way to school. She was dressed all in pink. The pandemic has been so long...it is good to see a little skip to school.

Later, I was up sewing and saw a man standing, waiting for something, and I told Gus if a pink clad little girl comes by that is her daddy. Sure enough it was.

Long ago when our kiddos went to school I would know the time of day by kids coming home. Our yard is almost an acre and I was sitting on the ground weeding strawberries and several kids cut through the yard. Wrapped up in their conversation, they didn't notice me there till they were very close then they froze thinking I might scold them. Not me, it was a shortcut for them so I greeted them and they were happy I wasn't mean. Long ago I was the shortcut kid, I saved almost a quarter of a mile in a just short of a two-mile walk from school by taking a shortcut. My favorite thing was not just the shortcut but walking by a house that had the prettiest bleeding heart plant by their backdoor. I wonder now did they watch me stop and look at their beautiful plant as I walked by, I wonder... 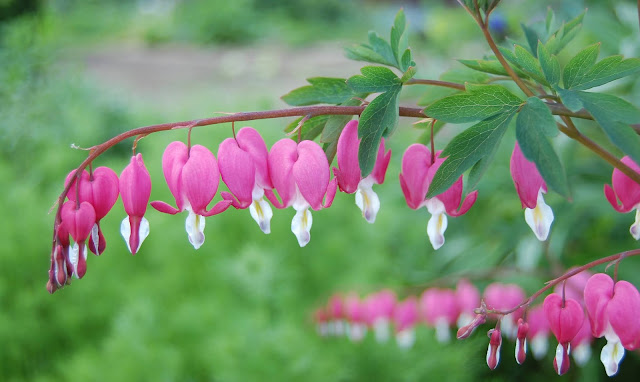 It does not take anything to be kind and yet it is everything.

To this day bleeding hearts are my most favorite flower ever and some day I will plant some for a passer by to love. 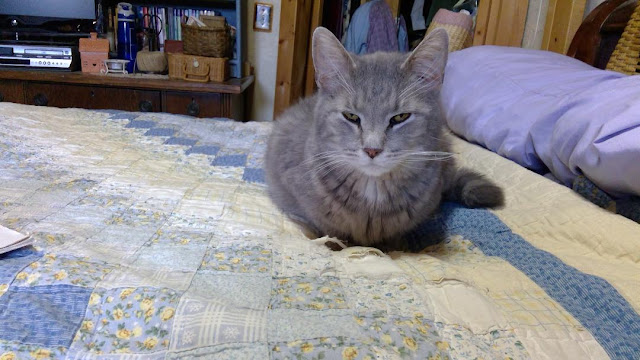 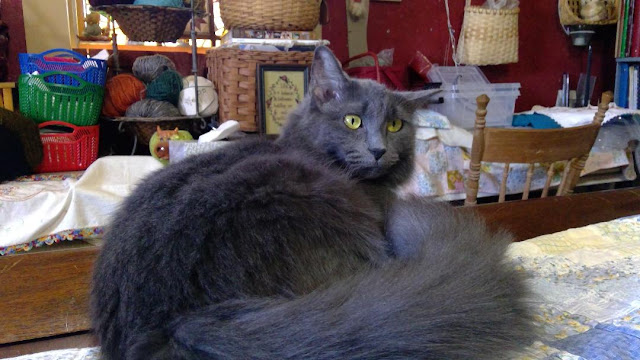 Missy says be kind to others.